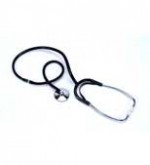 Neil returned to Western Australia at the end of 1999 to take up a position as Registrar in Small Animal Surgery at Murdoch University.  In May 2004 Neil opened Rivergum Referral Services where he continues to offer referral services in the fields of orthopaedics, neurosurgery and rheumatology.

Fiona graduated from the University of Glasgow in 1983.  After seven years in general practice she returned to her alma mater to undertake a Masters of Veterinary Medicine in Neurology.  After achieving her MVM in 1990 she stayed on at the university as a resident then clinician in small animal neurology.

Since leaving the University of Glasgow Fiona has worked for Michigan State University as a visiting Assistant Professor, has performed consultancy work for a clinical pathology laboratory in the UK and in 2000 started Perth Veterinary Neurology, a private consultancy based at Murdoch University.  Fiona was a co-founder of Rivergum Referral Services in 2004 and has been offering small animal neurology referral services exclusively at Rivergum since 2007.

Tom graduated with a Bachelor of Veterinary science degree from the University of Pretoria in South Africa in 1987. For the next few years, he worked in small animal practice while continuing to study part time, receiving an honours degree, majoring in radiology and anatomy, in 1991.

Tom subsequently entered a 3 year residency training program in Small Animal Surgery at the Faculty of Veterinary Science in Pretoria, later being appointed as a lecturer in the Department.  He then went on to complete a Masters degree in Veterinary Science (Surgery) with distinction in 1999.

After moving to Australia in 2002, he applied for and was awarded registration as a Veterinary Specialist – Small Animal Surgery from the Australasian Veterinary Boards Council. He spent a short stint in private practice in Perth before taking up the position as Senior Registrar (Surgery) at Murdoch University Veterinary Hospital in 2004. The next 4 years were at MUVH, with the focus primarily on clinical case work but also on the training of both surgery residents and veterinary students.

Return to About Us